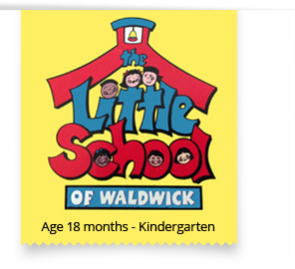 Today in class your children learned about animals in the arctic. We took them on an arctic adventure with the polar bears. Polar bears are one of the largest predators on Earth.  They were amazed to learn that they can grow up to 10 feet in height.  The students used rulers to measure how high ten feet in height would be. We had “beary” much fun.

Amazing Facts To Discuss With You Kids

*Although large the polar bear is remarkably agile in and out of the water. Polar bears can grow up to 10 feet in height and weigh more than 1,400 pounds.

* Polar bears have a very acute sense of smell: they can smell carrion, such as a dead whale, from 20 miles away.

* The black nose of a polar bear on the snow can be seen from six miles away on a clear day through binoculars.  It has been said that, when stalking seals, he polar bear will cover its nose with a paw to escape detection.

A Message from the Director

My daughter Katiya had gone to The Little School for 3 years and she LOVED it. She came home everyday and shared something new that she had learned. She had grown & matured so much within days, weeks, and months from the experience that, that school has taught her, it was AMAZING!!!! Maria and the staff have showed so much love to my daughter, they were like our extended family. I also loved the anatomy project. All the holidays that they taught the children was superb. I had tears in my eyes at…

Small classes, bigger results should be the motto for The Little School of Waldwick as its nurturing atmosphere is perfect for children. With its exceptional staff, no child is forgotten while gaining the necessary confidence in becoming a valuable member of the society. Also, the children learn to work together and be productive. It’s a family atmosphere that teaches children firm values and invaluable skills that a child will take with them as they continue their education. Top notch!

I cannot say enough positive things about the Little School of Waldwick. Our son was at another local preschool where he was painfully shy and introverted. They did not know how to handle him so the teachers basically ignored him. I found the Little School and from day one they transformed my son’s preschool experience. The teachers and staff have been so patient, caring, attentive and creative and it has made all the difference. He loves going to school now and is thriving both academically and…

Any parent would be lucky to find The Little School of Waldwick for their child. Having experienced another preschool with my oldest child (now at TLS) I now know that not all preschools are created equal. For my children, TLS has been an amazing environment — a day of flowing through theme-based classrooms leaves little room for toddler distractions and the children come away with real learning experiences that set a crucial foundation for the future. The teachers are incredibly caring, enthusi…

The Little School of Waldwick is the best nursery school out there. The director, Miss Maria does a super job with her program. Her children do all sorts of terrific projects as a group, like building a cave for polar bears while at the same time learning all about winter animals. She puts on grand show, like a circus at the end of the year and a mother’s day brunch. Once you walk into the school, you’ll see what I mean. It’s a spectacular place for kids. Love it.

Our son entered The Little School in 2009 and as he graduated this spring, we could not be happier with how far he had come both academically and socially. When I first toured The Little School and met with the school director, Maria Stavrou, and her staff, I knew I came to the right place. Her passion for education, her enthusiasm and commitment to the children under her care, and her cheerful and warm personality truly permeates through the school and her wonderful teaching staff do mirror and…

The Little School of Waldwick is an amazing place where enthusiastic, caring teachers instruct and guide in a creative, nurturing, and fun-filled environment. Fostering creativity is impotant to me at this stage. As soon as you step foot in TLS, you will see how Mrs. Maria and her dedicated staff of teachers have created a magical, inspiring place for children to enjoy and thrive while learning. Our twin girls simply love going to school there. They look forward to going to school and love there…

The Little School of Waldwick is definitely the best preschool around. Both my niece and nephew went there and are both ahead of the learning curve now. We started sending my daughter this year and she absolutely loves it. She enjoys going to school everyday to see her teachers and friends. It is amazing to see how much she has learned and her progress so far. I have to thank Ms. Maria and her staff for the wonderful caring and learning environment they provide.

The Little School of Waldwick is a great choice for your children. When you visit the school, you’ll know exactly what I mean. Great learning environment for little ones.